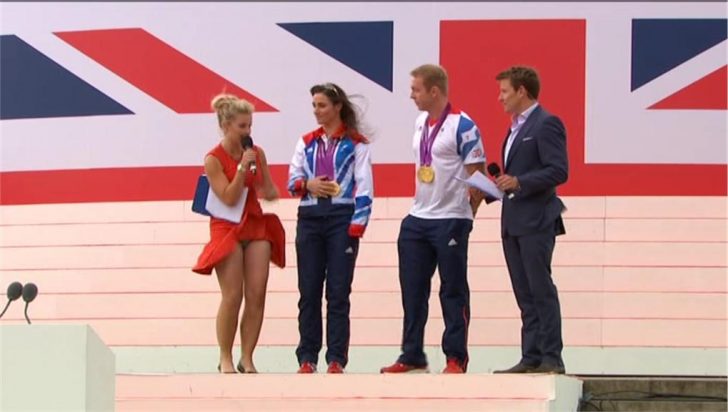 The BBC’s Helen Skelton had a fairly embarrassing moment on national TV this afternoon.

She was presenting the London 2012 Parade alongside Ben Shephard, when a gust of wind lifted her dress up revealing her underwear.

She was welcoming Olympic and Paralympic gold medallists Sir Chris Hoy and Sarah Store on to the stage for a brief interview.

“Oh my word,” she said as she covered herself. Ben added “That’s one way to welcome them!”

The Parade was broadcast live on BBC One, BBC News, Channel 4, Sky One and Sky News.