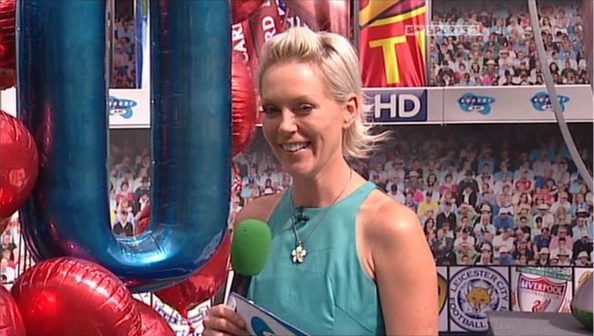 Sky Sports today announced Helen Chamberlain is leaving her role as presenter of Soccer AM.

The Torquay United fan, who has fronted the show for 22 years, will be replaced by comedian Lloyd Griffith and former footballer Jimmy Bullard.

The news was announced via Soccer AM’s Twitter account: “Farewell & thank you to Mrs Soccer AM @HellsBellsy.

“This place won’t be the same without you x”

She joined the Sky Sports show in 1995 and presented alongside Tim Lovejoy until he left in 2007.

Soccer AM is on Sky1 and Sky Sports every Saturday (during the football season) from 10am.