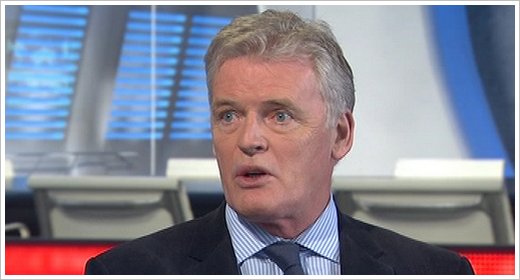 Sky Sports Pundit and former Manchester United and Scotland defender Gordon McQueen is to undergo treatment after being diagnosed with cancer of the larynx.

A statement released on his behalf said: “Gordon McQueen has been diagnosed with cancer of the larynx and will undergo treatment at the James Cook University Hospital in Middlesbrough.”

McQueen, born in Ayrshire in 1952, made his name as a player with Leeds after signing for Don Revie’s team from St Mirren as a teenager in 1972.

He was part of the famous Elland Road side of the 1970s which won the league title and reached the final of the European Cup before heading for Old Trafford, where he was to form a lasting friendship with Bryan Robson.

He left the club when Robson did, and became a pundit for Sky Sports, for whom his daughter Hayley works as a presenter.