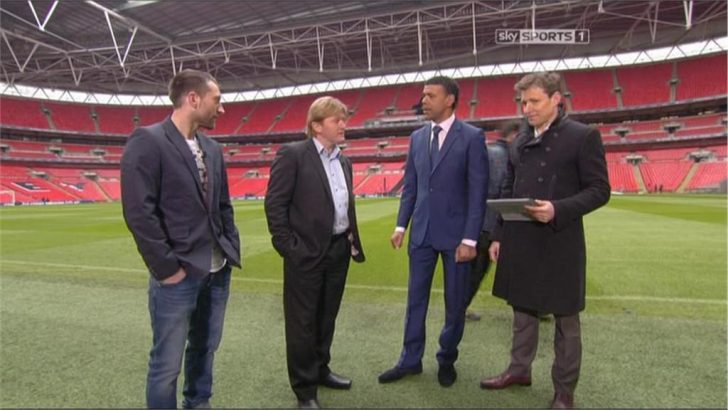 Ben Shephard and Chris Kamara took their Goals On Sunday programme on the road this week..

The pair broadcast the two hour show from the site of the Capital One Cup final – Wembley Stadium.

The match between Bradford City and Swansea City will be broadcast exclusively live on Sky Sports 1 from 3.30pm, where Ben Shephard hosts.