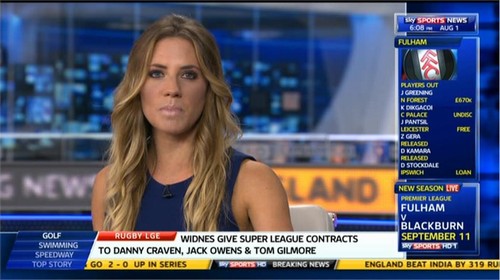 The 34-year-old will host Afternoon Report and Evening Update from 3-7pm with [[Julian Warren]].

Georgie is moving to Sky Sports’ dedicated Formula 1 channel, where she will present a magazine show with pitlane reporter [[Ted Kravitz]].

She first appeared on Sky Sports News in June 2001 and in her time at Sky has hosted the A1GP Series, US Open tennis and the Speedway World Cup.

She has fronted other live broadcasts, including the The Goodwood Festival of Speed, Superset Tennis and the Race of Champions at Wembley and also voices Sky Sports’ Premier League Years series. 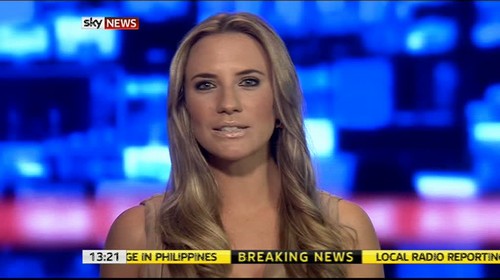 Ladbrokes are offering odds of 1/4 that Georgie will cry live on air during her final shift. She’s 5/1 to give a ‘high-five’ to co-presenter Julian Warren and 6/1 to receive an impromptu round of applause from Sky staff.

David Williams of Ladbrokes said: “Georgie has an enormous following. We’re fully expecting some on-screen antics as she waves goodbye to her loyal followers. We’re also on red alert for new accounts being opened in Isleworth.” 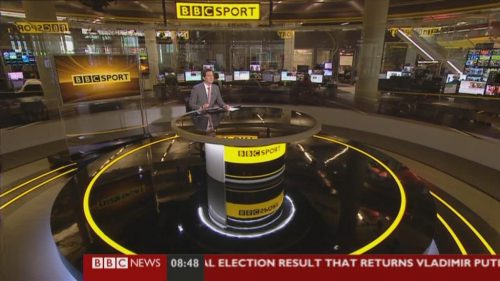 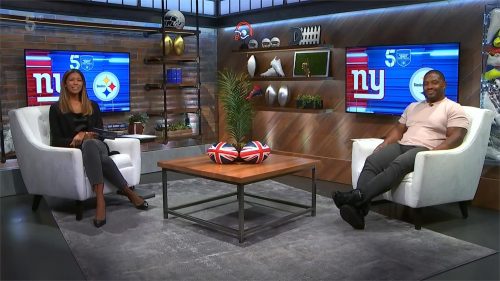