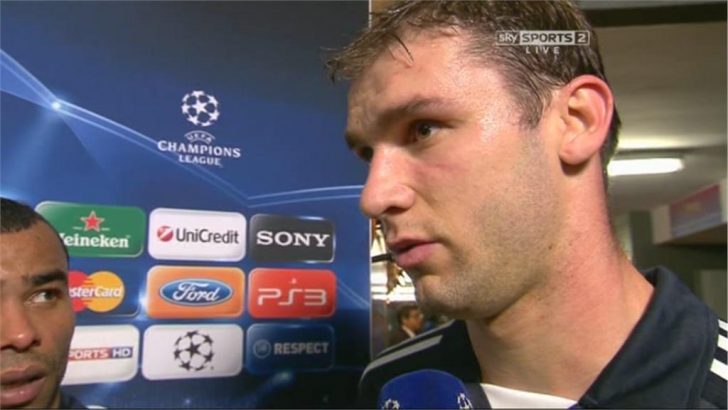 Chelsea drew 2-2 with Barcelona in tonight’s semi-final game at the Nou Camp, but the Blues first leg goal from Didier Drogba means the English club advance to the final for the second time in the club’s history.

Many have taken to Twitter to air their views on Geoff Shreeves, including:

@MirrorFootball: Geoff Shreeves queuing up outside primary schools to tell kids their goldfish has died

@rniland: Geoff Shreeves is in the Barca dressing room informing each player individually that they won’t be playing in the final

@swann007: Geoff Shreeves told Chuck Norris his beard was sh*t! To his face

@benjohns9: Geoff shreeves can now be seen telling Fernando Torres “your goal was ok, but chelsea were going through anyway so it didnt really matter”

And this from Golfer Lee Westwood – @WestwoodLee: Geoff Shreeves has just been on the phone telling me I’ve never won a major!