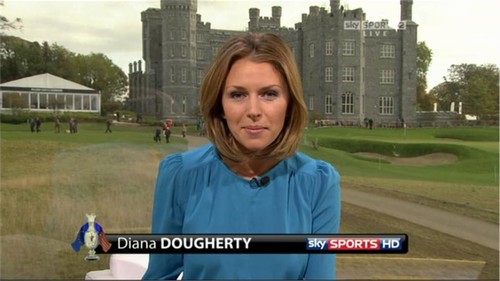 “Thank you so much for all your well wishes x”

Diana married European Tour golfer Nick Dougherty at the Old Course at St Andrews on New Years Eve 2010. The couple got engaged in March 2010 after an eight-month romance.

In December 2011, she presented for the last time on Sky Sports by hosting the final round coverage of the Chevron World Challenge.

Nick lost his European Tour card in 2011 after making only one cut during 32 events. Although he finished 45th at the Omega European Masters with a first day 63, it was not enough to retain his 2012 tour card.

He attended the European Qualifying School in late 2011, but was unsuccessful and consequently settled for membership on the Challenge Tour.

There is no news yet on whether Diana will make a return to sports broadcasting.