ITV will broadcast the International friendly between England and Turkey today.

The match takes place at the Etihad Stadium in Manchester and serves as a Euro 2016 warm-up for both countries.

This is the first time these sides have met since the qualifying campaign for Euro 2004, when two fiery games saw England claim a 2-0 home win and a 0-0 draw in Istanbul that secured their passage to Portugal.

Roy Hodgson has already selected his squad for this summer’s tournament in France, so he will be hoping the players can come through this encounter – and the upcoming friendlies with Australia and Portugal – with a clean bill of health.

Mark Pougatch will be live on ITV and ITV HD from 4.30pm where he’ll be joined in the studio by Ian Wright and Lee Dixon. 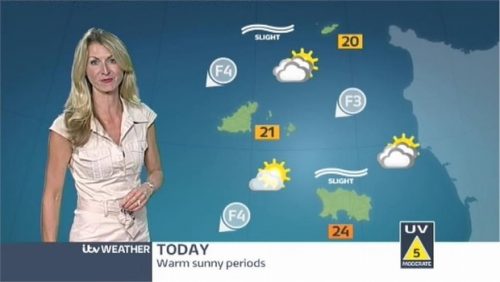 BBC Breakfast Down The Years
TV Newsroom 2003-2022 - Menu • Forum • Disclaimer • Privacy Policy • Contacts - All Images and Videos are the property of their respective owners.