Formula 1’s new 2020 cars will be put through their paces for the first time in Barcelona this week.

Sky Sports F1 will have live coverage of both weeks of testing for the first time and will feature all eight hours of track running each day at the Circuit de Catalunya.

The day’s action will be followed by the essential review show – The Story So Far – featuring interviews, guests, and analysis from the Sky F1 team from 5pm each test night.

The 2020 season gets underway with the Australia GP on 13-15 March, with every race live on Sky Sports F1. 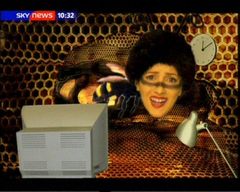