England take on Costa Rica in an International friendly at Elland Road this evening.

Gareth Southgate’s men play their final match before the 2018 World Cup gets under way next Thursday.

The only previous match between the sides was in the group stage of the last World Cup four years ago, a 0-0 draw in what was essentially a dead rubber, as Costa Rica had already secured their place in the last 16 and England’s hopes of progressing were over.

This time around, the hosts will be looking to demonstrate how much they have improved as they look to build confidence and cohesion ahead of their opening fixture against Tunisia on June 18.

Mark Pougatch will be live on ITV from 7.30pm, where he’ll be joined in the studio by Lee Dixon and Ian Wright.

The match will also be streamed live via the ITV Hub. Jacqui Oatley will have highlights on the same channel from 11.05pm tonight. 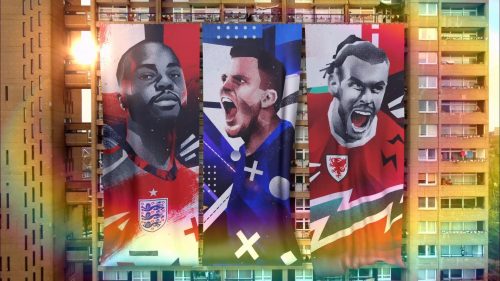 Scotland in a must win Euro 2020 Group D game with Croatia takes place tonight – live at Hampden Park. The Scots are unbeaten in five previous fixtures against Croatia, with two wins and three draws, which is a remarkable… Read more

England – who are through to the last 16 of Euro 2020 – face Czech Republic in the final Group D fixture tonight. The match, held at Wembley Stadium, will be shown live on ITV. The two sides are familiar… Read more