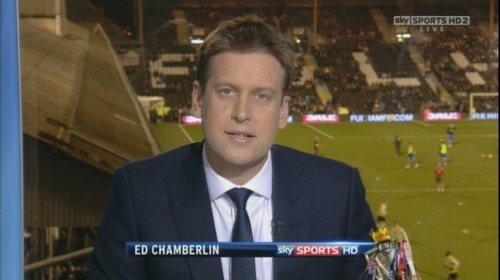 Ed Chamberlin will be the main presenter of ITV’s horse racing coverage, the channel has today announced.

Ed will front ITV’s exclusive live free-to-air broadcasts of race meetings throughout the season across both ITV and ITV4, starting from January 2017.

He joins from Sky Sports where he has spent much of his career covering major sporting events and in recent years was the presenter of Super Sunday the network’s Monday Night Football show.

“I am absolutely thrilled to be joining ITV and to be given this great opportunity,” said Ed.

“These are exciting times with ITV returning as the home of British racing from 1st January 2017.

“I had 16 years at Sky full of great memories and brilliant people. It was hard to leave but this opportunity was too good to miss.”

Ed has a lifelong passion for horse racing and prior to entering the media, worked for Ladbrokes.

He’s appointment follows the announcement at the start of this year of ITV’s exclusive new four year deal to show UK horse racing on terrestrial television which takes effect from the start of 2017, when its free to air coverage will begin.

Niall Sloane, ITV Director of Sport, said: “Ed’s skill as a presenter of live sport is matched only by his love of racing, so we’re delighted to bring someone with his attributes on board as we build up to our coverage starting in the new year.”

ITV will show a minimum of 34 racing fixtures on ITV’s main channel and 60 on ITV4.