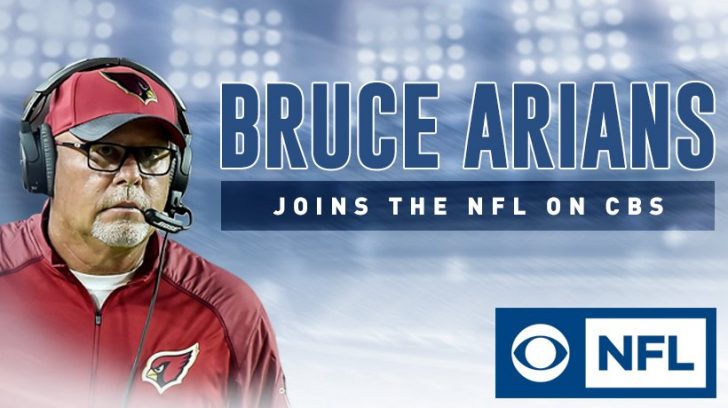 Bruce Arians is to join the NFL on CBS as a colour commentator for the 2018 season.

The former Arizona Cardinals head coach will join Greg Gumbel and Trent Green in Three-Man Booth, along with Jamie Erdahl reporting from the sidelines.

“I always hoped that broadcasting would be an option after I retired from coaching as a way to stay involved with this great game,” said Arians.

“I am thrilled to have that opportunity with such a class organization as CBS Sports.

“As I begin my new career in the broadcast booth, I am excited to join Greg, Trent and Jamie and look forward to learning from them, as well as sharing my passion and knowledge for the game with the fans.”

Gumbel and Green made up CBS’ No. 3 broadcast team in 2017, behind Jim Nantz and Tony Romo and Ian Eagle and Dan Fouts.