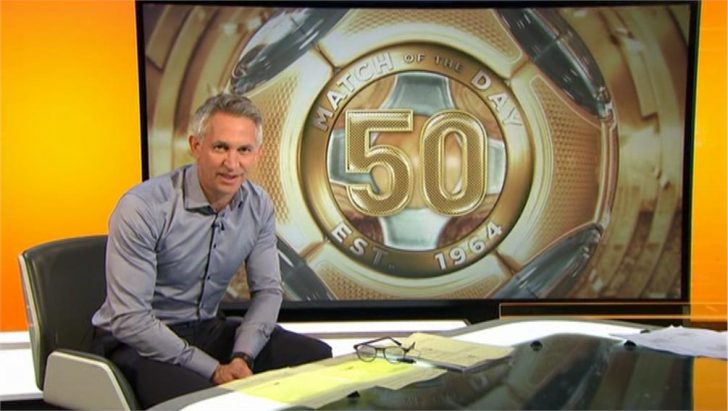 The BBC today announced it has secured a three year extension to show Premier League highlights until and including the 2021/22 season.

As well as Match Of The Day, the new deal covers the weekend programming of the Sunday morning Match Of The Day repeat, MOTD2, Football Focus, plus midweek magazine show The Premier League Show.

Following an open and competitive process with the Premier League, the BBC retained the rights with a bid of £211.5million.

Last season the BBC’s Premier League football programming was watched by 37m people and there were a further 40m requests for these shows on BBC iPlayer.

“To keep Premier League highlights on the BBC is testament to the continued success and popularity of Match Of The Day,” said Barbara Slater, Director, BBC Sport.

“Our longstanding partnership with the Premier League continues to flourish and evolve as seen with the recently launched Super Movers initiative.

“The new deal strengthens that relationship even further and ensures the nation’s favourite sport will continue to be seen by the widest possible audience.”

The BBC will air a mid-week edition of Match of the Day this Wednesday evening as a round of Premier League fixtures take place.

The programme will be live on air as the transfer window shuts for the final time in the 2017/18 football season.