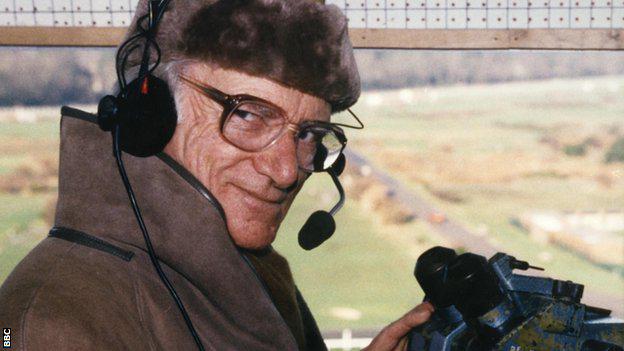 He was born in County Kerry in the Republic of Ireland and was the BBC’s main racing commentator for half a century. In 1997 he set up a charitable trust which has since raised huge amounts for animal and racing-related charities.

“Meeting your heroes normally comes with a warning, but there was no need to worry with Sir Peter O’Sullevan,” said Frank Keogh, senior sports reporter at the BBC.

“His honeyed tones were the rhythmic racing backdrop to my upbringing, the comforting BBC voice in the corner calling home thoroughbreds. Big races brought big stories and ‘the Voice of Racing’ knew how to deliver.

“In ‘retirement’ he helped raise £3.5m for equine charities, and drove to racing in France into his 90s.

“Even through illness, he was bright, funny and dignified. The ultimate gentleman, who will be deeply missed.”

O’Sullevan, also a successful racehorse owner, was racing correspondent of the Daily Express for 36 years and worked for the Press Association too.