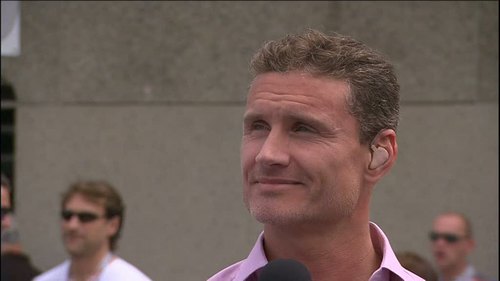 The sister of BBC Formula One commentator David Coulthard has been found dead at her home in the south of Scotland.

35-year-old Lynsay Jackson was found in her home in the village of Crossmichael, Kirkcudbrightshire this morning.

Mrs Jackson was married with an eight-month-old daughter. Police said they were not treating her death as suspicious.

David was informed of the death this morning and his parents, Duncan and Joyce Coulthard, are believed to be flying home from their Australian holiday.

A Police spokesman said: “We can confirm that a 35-year-old woman was found dead in her home today in Crossmichael.

“Our inquiries into her death are ongoing at this time, but there are not believed to be any suspicious circumstances and a report is being prepared for the procurator fiscal.”