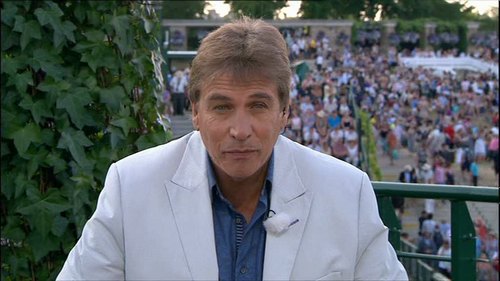 The BBC has apologised today after tennis commentator John Inverdale made an inappropriate comment about Wimbledon champion Marion Bartoli.

The Frenchwoman clinched her first Grand Slam title in a final which lasted just over 80 minutes. She defeated Germany’s Sabine Lisicki in straight sets 6-1 6-4.

An hour before the match began, John, whilst chatting to Lindsay Davenport on Radio Five live, said: “I just wonder if her dad, because he has obviously been the most influential person in her life, did say to her when she was 12, 13, 14 maybe, ‘listen, you are never going to be, you know, a looker’.

“‘You are going to have to be the most dogged, determined fighter that anyone has ever seen on the tennis court if you are going to make it’, and she kind of is.”

A BBC spokesperson said: “We accept that this remark was insensitive and for that we apologise.”

When asked about John’s comments, Bartoli said: “It doesn’t matter, honestly. I am not blonde, yes. That is a fact. Have I dreamt about having a model contract? No. I’m sorry.

“But have I dreamed about winning Wimbledon? Absolutely, yes.”

The men’s final between Novak Djokovic and Andy Murray will air on BBC One and Radio Five live from 1.30pm on Sunday..