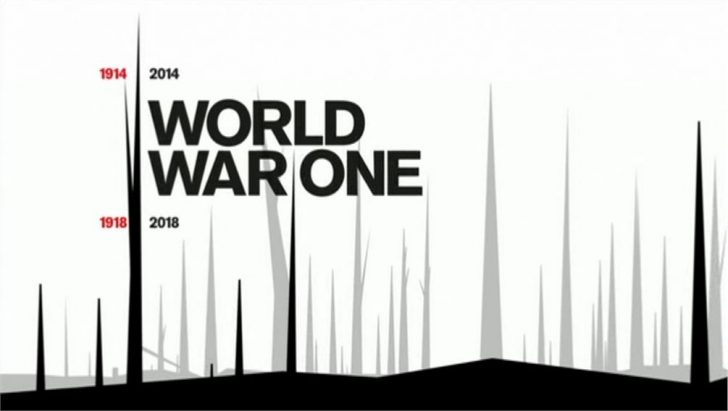 The BBC will broadcast a range of programmes today to mark the centenary of the First World War.

From 9.10am on BBC One, Huw Edwards introduces live coverage of the service from Glasgow Cathedral attended by the Prince of Wales, who reflects on the contribution of members of the Commonwealth to the war effort.

Plus, the story of how three million people left their homes all around the world to fight alongside the British Army.

There’ll be commentary from James Landale and reports from Anita Rani.

At 6.30pm on BBC Two, Huw Edwards in London and Sophie Raworth in Belgium introduce live coverage of a commemorative event marking the centenary of the outbreak of the First World War.

Dan Snow hosts from St Symphorien military cemetery near Mons, where British, Commonwealth and German soldiers are buried side by side.

There is also a recording of a collaboration between the London Symphony Orchestra and the Berlin Philharmonic under the baton of conductor Simon Rattle, performing the last movement of Brahms’s German Requiem and Butterworth’s A Shropshire Lad.

This is followed at 9pm on BBC Two by a special candlelit service to mark the moment the First World War began 100 years ago, with the abbey descending gradually into darkness until the only light comes from a single candle at the Grave of the Unknown Warrior.

The flame will be extinguished at 11pm – the exact time Great Britain declared war on Germany.

The programme also joins communities across the UK as the nation comes together for an hour of reflection.