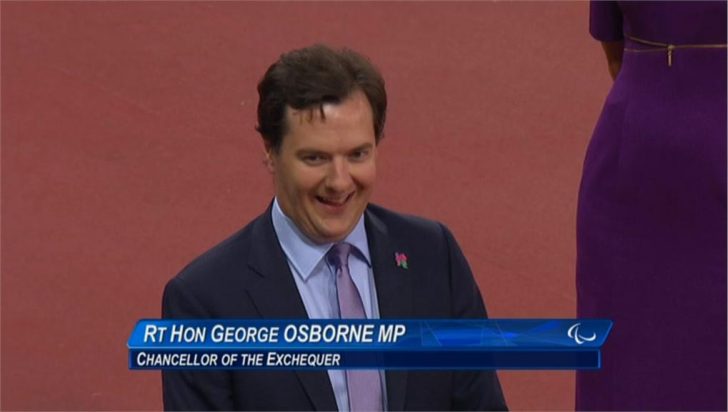 George Osborne was heavily booed inside the Olympic Stadium this evening ahead of a Paralympics medal presentation.

The Chancellor of the Exchequer was handing out the prizes in the mens 400 meters T38 class.

George laughed off the jeers from the 80,000 in attendance, and there are reports that Prime Minister David Cameron was also jeered when his face appeared on the big screen in the Aquatics Centre.

@craigfots on Twitter said: “BREAKING: Osborne statement – “Paralympic spectators were still booing my Labour predecessor when I arrived to hand out the medals”

While @MattRudge tweeted: George Osbourne to announce new Tax on Boos to cut down on boos culture.

And @kevmcveigh added: Why did 80,000 people boo George Osborne? Because that’s the maximum capacity of the Olympic Stadium.