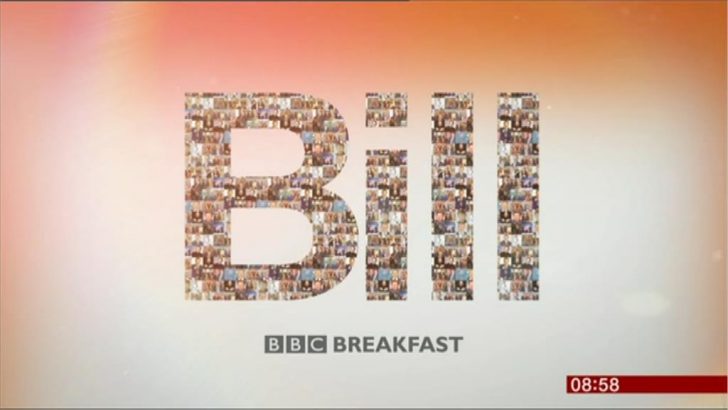 BBC Breakfast presenter Bill Turnbull signed off from the programme for the final time today!

After almost 15 years on the red sofas Bill said his tenure was “more than enough for me and the audience. So it is a good time to call it a day and do something else”.

Throughout today’s programme highlight packages and tributes were paid to Bill, who joined the BBC Breakfast team in 2001 as a weekend presenter, presenting with Sian Williams initially and then later Sarah Montague, Mishal Husain and Susanna Reid.

The video below is the final 15 minutes of Bill’s final Breakfast broadcast.