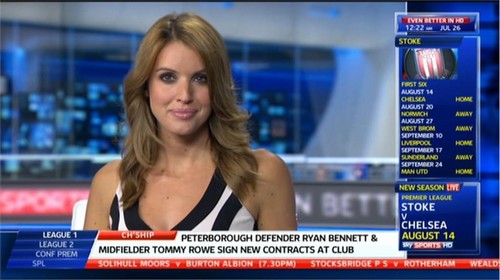 Former Sky Sports presenter Charlie Webster is in a coma with malaria in a Rio hospital following a 3,000-mile charity cycle ride.

The 33-year-old became unwell after watching the Olympic opening ceremony.

Sky said Ms Webster’s agent had confirmed that she was on life support with a rare strain of the disease.

The TV presenter was said to have dehydrated after the gruelling six-week Ride to Rio challenge. She was admitted to hospital the day after the Olympics opening ceremony after her condition deteriorated.

She posted a picture of herself on Twitter from her hospital bed on 9 August where she said she was recovering from a “serious infection”.

She did not post anything else and an update was shared on 11 August saying Webster had been diagnosed with “a severe complication caused by a bacterial infection”.