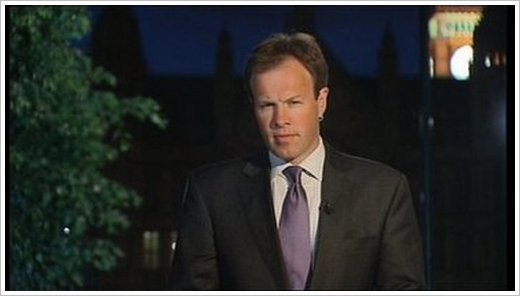 ITN will produce an eight-part series, which will tackle the hot topical issues of the week. In each programme, lasting 30 mintues, Tom will be joined by four studio guests to talk through the controversies and talking points of the past seven days. The panellists, drawn from across a range of backgrounds, will discuss the stories that people really care about, from politics to popular culture.

Ian Squires, controller of operations and current affairs, said: “By offering a forum for intelligent discussion, this new series brings to ITV1’s schedule a fresh opportunity for our channel to engage with viewers on the issues and stories they’re talking about and that matter to them, while they’re at their most current.”

Tom Bradby said: “If the issue – be it political, societal, cultural or historical – is in the news and on the agenda, you would expect to see it debated here. We will aim to provide more light than heat, but we won’t duck controversy, nor take ourselves too seriously.”

Chris Shaw, Editorial Director at ITN Productions added: “This series will be for viewers who want insightful debate about the week’s news agenda. Tom’s long career covering UK, international and political stories combined with his experience as a novelist and screenwriter makes him a well-informed and engaging host to cover a wide range of topics with his guests.”