‘The Andrew Neil Show’ to start next week on BBC Two 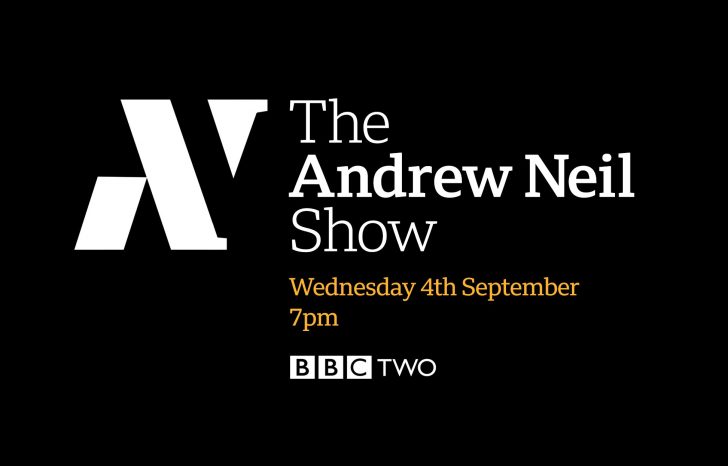 The BBC today announced a new political show, which will be hosted by Andrew Neil.

The new weekly programme will air from 7pm every Wednesday on BBC Two.

With in-depth analysis and forensic questioning of key political players, The Andrew Neil Show, will run through the autumn as the country approaches 31 October, the date of the UK’s scheduled departure from the European Union.

The 30-minute programme will round up the events of the political week, including that day’s Prime Minister’s Questions or the party leaders’ conference speeches, and will feature interviews with key political players.

“The Autumn of 2019 is destined to be one of the most intriguing and significant in British politics for at least a generation,” said Andrew.

“I’m delighted to be fronting a weekly show in prime time on BBC Two that will be on top of the story, whatever direction it takes.”

Andrew Neil presents Politics Live on BBC Two every Thursday lunchtime. This Week, which he hosted, recently ended after 16 years following Andrew’s decision to step down from late-night broadcasting.

Fran Unsworth, Director of BBC News, added: “Andrew’s one of the best political journalists in the UK, and we’re thrilled he’ll be on our screens for a prime-time BBC Two series.

“Andrew’s special programme with the Conservative leadership candidates was hailed as a masterclass of political interviewing. As Britain moves towards the Brexit deadline, this show will be a must-watch for anyone who wants to understand what’s going on.”