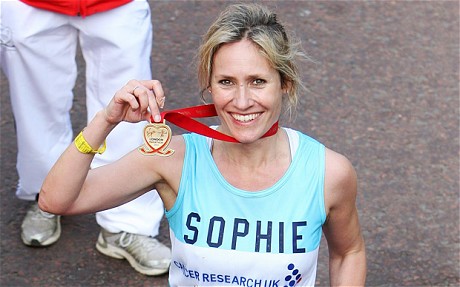 Sophie spent about two hours in a St John’s Ambulance bay before moving on and completing the race in six hours, 22 minutes.

Later, she spoke to Chris Rogers at BBC News HQ: