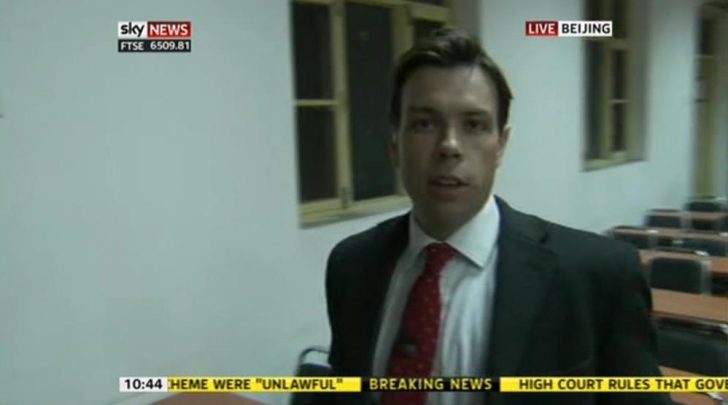 Mark was reporting on China’s leadership transition after the National People’s Congress confirmed the country’s new president and prime minister.

Although he had permission to film in the square he was asked by a police officer to stop and to accompany him to a nearby police station.

Mark said: “This is just a little insight really into the way reporting works in China.

“Most of the time things are fine and for most of the day no problems at all, but then every now and then this happens.”

Mark Stone and his cameraman have now been released by Beijing police after 3 hours in custody. They were detained for not displaying their media badges correctly.. 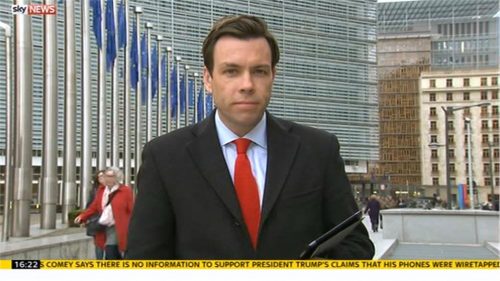 Sky News correspondent Mark Stone is to take up the role of Middle East correspondent from September 2019. Adam Parsons, who is currently a business correspondent at Sky, will replace Mark as Europe Correspondent. “So, after 4 extraordinary & fascinating… 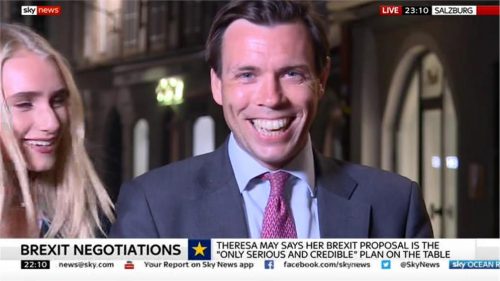 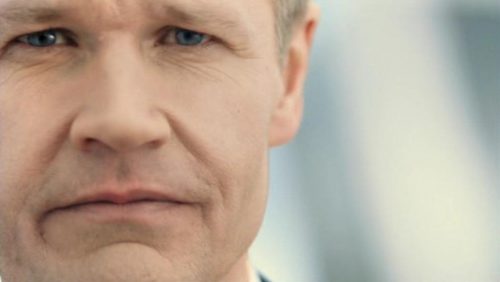 Sky News has today announced a host of foreign and domestic editorial appointments. Dominic Waghorn has been appointed Diplomatic Editor, Mark Stone is to become Europe Correspondent, Katie Stallard will replace Mark as Asia Correspondent, and Robert Nisbet has been…