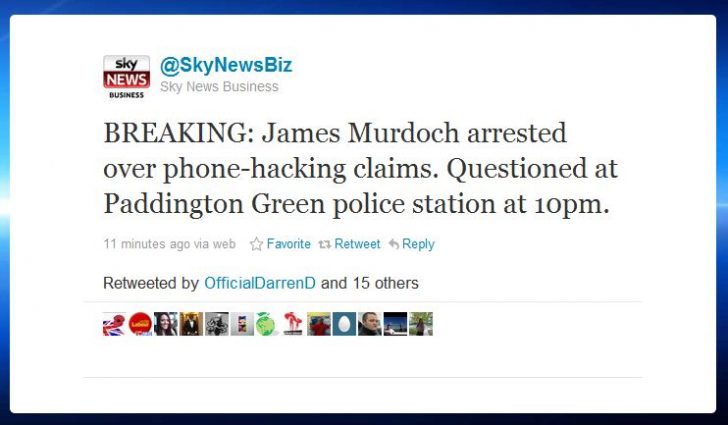 The tweet was retweeted many times, including by many news insiders.. The situation calmed down when Sky News realised what had happened..

Sky’s home affairs correspondent [[Mark White]] was first on the Twitter scene and said: “Just spoken to Met Police. They are not aware of any #phonehacking related arrest. Sky Newsdesk checking where tweet originated from.”

The Sky News Press office later added: “Every indication is that @SkyNewsBiz account was hacked, we are investigating if and how this could have happened.”