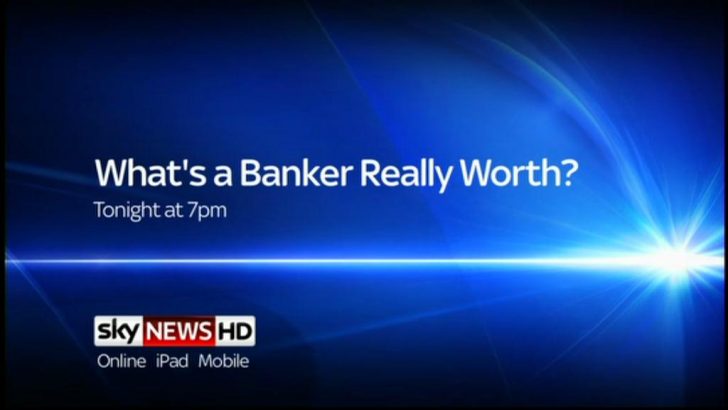 The documentary sees Jeff investigate the thorny issue of bankers pay in a time of economic downturn. He travels to Edinburgh where he visits the RBS world headquarters and the boardroom in which Fred Goodwin had to break the news to directors that the bank was bust. He also visits Alistair Darling at his Edinburgh home, who says that during the crash of 2008 bankers ‘did not know what they were doing’.

Jeff also talks to leaders in the banking industry who speak candidly about remuneration. Interviewees include RBS Chairman, Sir Philip Hampton, who says the high-water mark of bankers’ pay has passed, and Sir Nigel Rudd, former Deputy Chairman of Barclays, who says that in his opinion John Varley, former Chief Executive of Barclays, was not actually paid enough and that David Cameron should ban the use of the word ‘fairness’ in relation to bankers’ bonuses.

Jeff also interviews a small business owner struggling to get bank loans and some students about to embark on a career in banking.

The programme will also be available on Sky Anytime and Sky News for iPad.