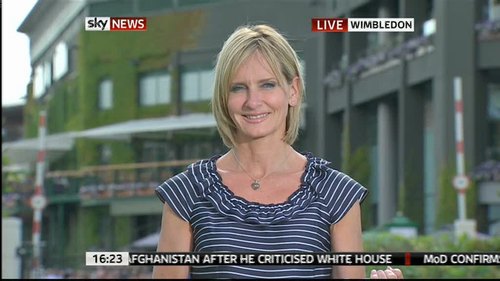 In a video posted on Twitter this afternoon, Jacquie said she found a lump during lockdown, which has turned out to be a grade 3 cancer – much nastier than the first one she had.

Jacquie has had two chemotherapy sessions already and has fourteen more to come.

The 55 year old was first diagnosed with breast cancer on Christmas eve 2013, and returned to Sky News ahead of the 2014 Wimbledon championships after completing her treatment.