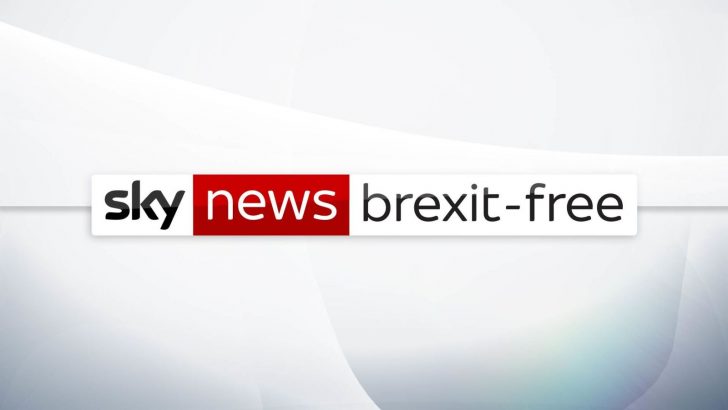 Sky News is to launch a pop-up channel free of Brexit news.

The channel, which launches at 5pm on Wednesday 16 October, will broadcast Monday to Friday from 5pm – 10pm on TV and YouTube.

A study released this summer found that a third of people are avoiding the news entirely.

More than 70% of them blamed Brexit, saying they were too frustrated over the political debate surrounding it.

“Sky News Brexit-Free is a bold approach but listening to public opinion over the past weeks and months, it’s something we know our viewers will find valuable,” said John Ryley, head of Sky News.

“Brexit is an historic story that has a major impact and we will continue to give it comprehensive coverage. The new channel simply gives people the option to take a break from Brexit, apply a filter to their headlines and hear about issues away from Westminster and Brussels with a focus on hard-hitting, original journalism.”

The main Sky News channel will continue to cover all angles of Brexit in detail, as well as break big stories from the UK and around the world.

Sky News: Brexit Free can be found on Sky channel 523.