Sky News and Facebook team up to host ‘Stand Up Be Counted: Ask The Leaders’ 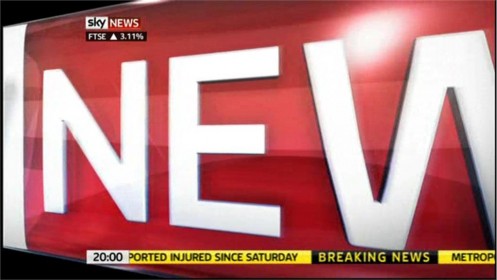 Stand Up Be Counted (SUBC), Sky News’ initiative where young people can speak out, share ideas and be heard, will work with Facebook to give viewers the chance to grill the political leaders who want to run the country after the general election.

Although invited, UKIP Leader Nigel Farage, is unable to attend due to his work commitments in Strasbourg that day, while Prime Minister, David Cameron, is yet to confirm his attendance.

Live from Facebook’s London office, each leader will face questions, one-by-one, across the day from the studio audience of 60 young potential voters who have contributed to the Stand Up Be Counted project – as well as an online audience of millions, who can submit questions through the SUBC and Sky News Facebook pages.

The interviews will form the centrepieces of a special day of coverage focussed on the election and, in particular, the participation of young people in politics. There will be special guests, expert commentary and live analysis of the response to the interviews online. There will also be an ‘Open Mic’ stage given over to the StandUppers to speak on any topic they choose.

The day’s events will be live streamed to millions on the Facebook pages of SUBC and Sky News as well as Sky News’ website, skynews.com, and YouTube channel.

All viewers will be able to get involved via the SUBC and Sky News Facebook pages using the hashtag #AskTheLeaders.

Sky News’ Political Editor, Faisal Islam will host the Q&A interviews but all questions will be from audience members – whether in the studio or via Facebook.

Immediately after the interviews have aired on TV the questions to the leaders will continue via a dedicated Facebook Q&A for a further 15 minutes. Each interview will be followed by live spin zone analysis, fronted by Sky News Presenter, Jayne Secker.

“This is a perfect opportunity for young people to hold the party leaders to account and ask the questions they care about,” said Jonathan Levy, Director of Newsgathering.

“It’s also a ground-breaking way for us to harness the combined power of Sky News’ multiple platforms and Facebook to reach as wide and diverse an audience as possible.”

Elizabeth Linder, Facebook’s Politics & Government Specialist for the Europe, Middle East & Africa region added: “Last year, political issues were the most discussed topics on Facebook in the UK. Whether it was Scottish Referendum, the European Parliamentary Elections or the Rochester and Strood by-election, millions of people from all walks of life turned to Facebook to share their views.

“As we enter the final 100 days of the campaign, election-related discussion on Facebook is heating up. Candidates are already making their pitch, voters are discussing the issues they care about and everyone is being encouraged to go out and vote. We hope that the party leaders will use the Ask The Leaders event to join in these conversations, answer the public’s questions and connect directly with the young people impacted by the decisions they make.”