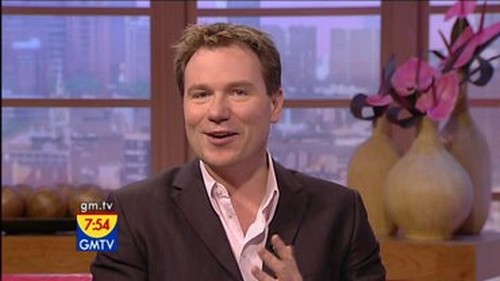 Richard Arnold is to join Daybreak from next month.

Richard, who spent many years on the GMTV sofa as a TV critic, will take up the role of Showbiz Editor.

“As Daybreak’s new Showbiz Editor I’m going back for one reason and one reason alone – to cut Kate Garraway’s fringe. That, and to bring everyone the big showbiz news of the day, star interviews, and exclusive behind the scenes gossip,” said Richard.

“It’ll be a great craic to be back with all the old faces, most of whom oddly enough look younger than ever.

“The prospect of getting dressed in the dark again is not a thrilling one, but if anyone can pull off a denim dungaree at five in the morning, I can.”

The editor of Daybreak, David Kermode, added: “There’s no one quite like Richard. He’s got the best connections in the showbiz world and he knows how to make our viewers smile. We can’t wait to have him back on board.”