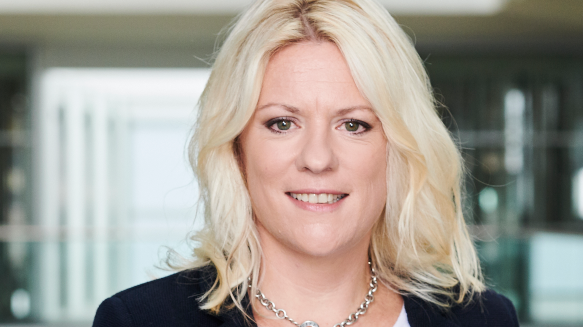 Rachel Corp has been appointed the new Editor of ITV News.

She has been Acting Editor – filling in for Geoff Hill – but will now assume the role permanently.

In her role, Rachel will have overall responsibility for all of ITV’s national news programmes, ITV News London, ITV News-produced Tonight programmes, current affairs series On Assignment, live specials and documentaries for ITV, and the team’s digital output.

She will also continue to be a crucial member of ITN’s senior leadership team.

“I am incredibly proud to be appointed Editor and to continue to lead one of the best newsrooms in the business,” said Rachel.

“ITV News’s response to Covid-19 has demonstrated more than ever the need for trusted and impartial news, and public service broadcasting more widely.

“We are passionately committed to telling the stories that really matter and it’s an honour and privilege to work with such a hugely talented team.”

Rachel takes over from Geoff Hill, who stood down last week following a sustained period of illness.

Hill had hoped to return to the newsroom in the coming weeks but following recent medical advice has decided that he must concentrate on his health and family.

“Rachel is an enormously talented television executive and editorial leader. She has done a brilliant job leading ITV Network News during a very challenging period.

“Rachel has a passion for high quality journalism, is respected by people right across the industry, and with her proven track record over the past three years, she richly deserves to take on the editorship on a permanent basis”

Rachel joined ITN as a trainee and her early career included the roles of North of England and Senior Field Producer, covering major stories in the UK and abroad, from Kosovo, Afghanistan and Iraq, to the Hutton Inquiry and the Soham murders.

Following a spell as the BBC’s Senior Moscow Producer, she returned to ITV News as a News Editor, rising to Deputy Head of Home News and Head of Home News, during which time her reporting team twice won the coveted Royal Television Society Journalism Award, for coverage of the rise of jihadi terror and an exclusive investigation into Thomas Cook.

She went on to become editor of ITV News London, overseeing the London Mayoral Election live debates, coverage of the EU Referendum and agenda-setting investigations such as the West London Coroner’s Service.

She moved to ITN stable-mate 5 News as Editor in 2016, leading the team through a snap general election and setting the agenda with committed coverage on the issue of sexual harassment.

Rachel returned to ITV News in 2017 as Acting Editor and has led the newsroom during an incredibly busy news period with multiple elections, the ongoing Brexit saga and the COVID-19 pandemic dominating the agenda.