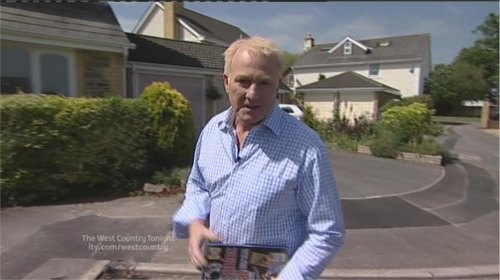 the EX-BBC, ITV and GWR presenter admitted 12 charges of indecent assault on girls under the age of 16, six charges of making indecent images and one of possessing images.

Rowell had denied a charge of rape, but the jury at Bristol Crown Court accepted an alternative charge of indecent assault.

Rowell spent the early part of his career working for the BBC as a radio and television presenter in Newcastle upon Tyne. In the late 80s, Rowell moved to Bristol to work for GWR FM. Shortly after this, he began working for HTV (ITV) and began working for them full time in 1997. In June 2010, he joined BBC Radio Bristol until 2011.

Speaking after sentencing Detective Inspector Jill Kells from South Gloucestershire CID said: “The sentence passed today is down the courage of the victims who have been willing to come forward and face the possibility of a trial.

“Their bravery led to the conviction of Peter Rowell, whose crimes clearly demonstrated predatory and grooming behaviour.

“I can only hope this case shows that [the police] treat all allegations of rape and sexual assault extremely seriously, regardless of whether these are historical or present day offences.”