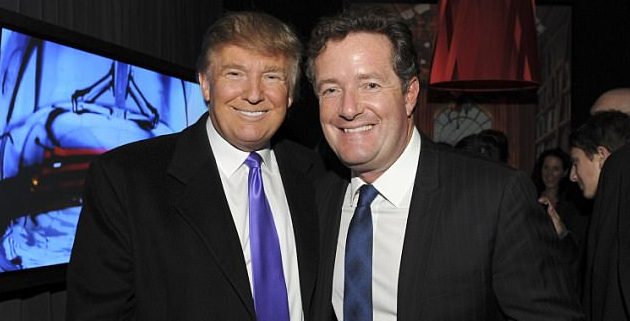 Good Morning Britain presenter Piers Morgan has landed an interview with the President of the United States, Donald Trump.

“*BREAKING NEWS* I will sit down today in Davos with @realDonaldTrump for his 1st International TV interview since becoming President,” said Piers.

“It will air exclusively on ITV, this Sunday night at 10pm.”

A clip of the interview will be shown on Friday’s Good Morning Britain.

World leaders are currently meeting in Davos for the 2018 World Economic Forum, where Prime Minister Theresa May is expected to give a keynote speech this afternoon – and meet with Donald Trump.

Very pleased to say I’m in Switzerland on the crew to shoot this interview later today. https://t.co/8KRz4ynJE0