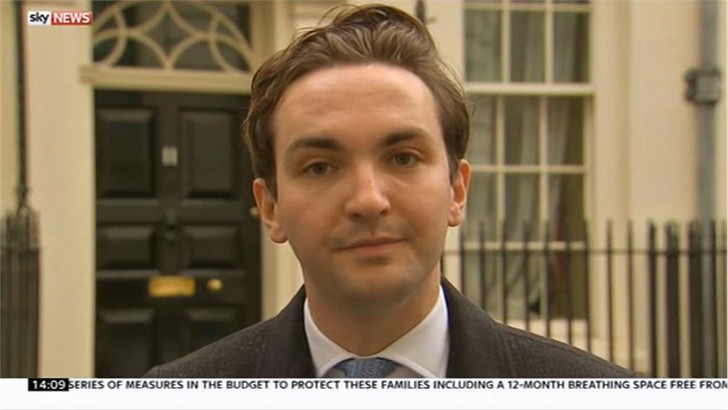 “Under Esme Wren it’s a programme which is proving itself the place to be for making sense of our increasingly mad politics.

“I started my career there as a producer, a programme I watched and taught me so much about politics as a weird Westminster obsessed kid. To return as Policy Editor is a privilege (albeit a daunting one) and I’m very excited about it.

“But it is with a heavy heart I am leaving Sky News. It has the best politics team in Westminster. It is the imp in the machine of broadcast news with a unique spirit. They have given me opportunities I would have received nowhere else. British media is so enriched for its presence

“I will miss it and my incredible colleagues so much.”

Lewis, who joined Sky News in 2017, will rejoin the team at Newsnight in November.

The editor of Newsnight, Esme Wren, added: “Lewis is an exceptional journalist bringing fresh insight and a rich knowledge of the political landscape, frequently tapping into his deep understanding of historical events and trends.”