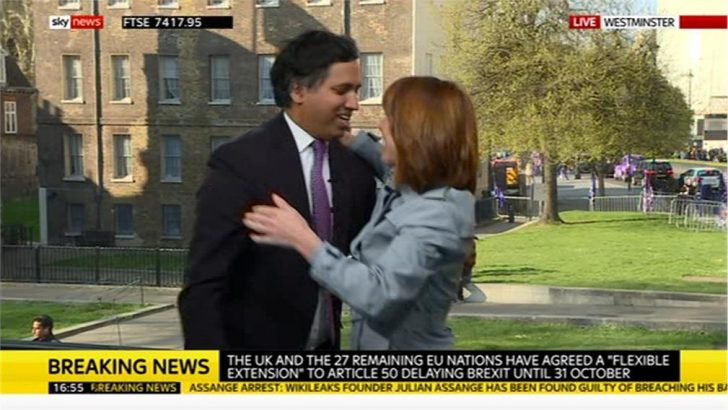 Faisal, who has been with Sky since 2014 is off to the BBC to take up the role of Economics Editor.

Having graduated with an economics degree, Faisal previously held positions as The Observer’s Economics Correspondent and Economics Editor for Channel 4 News.

“It is a great honour to be taking up this crucial role at the BBC at this critical moment in the country’s economic history.

“Economics has been the heart of how I have viewed the rapid changes here and around the world over the past two decades – the best lens on the world.

“I am at heart a numbers man and I look forward to sharing the numbers stories that matter for all of the BBC’s viewers, listeners and readers over the years to come”.

Beth Rigby will take on the role vacated by Faisal, while Sam Coates of The Times will replace Beth as Deputy Political Editor.

The peerless @faisalislam bows out with his last live as @SkyNews Political Editor. One of the best journalists I’ve worked with and the nicest man too. We’ll all miss him. pic.twitter.com/Tn6FDj8oNh