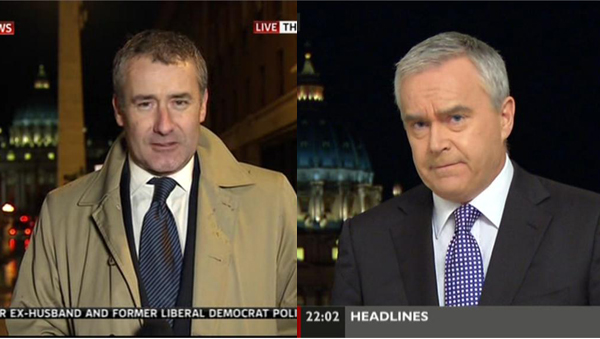 Huw Edwards and Colin Brazier presented the ten o’clock news from Rome this evening, on the day Pope Benedict XVI announced he’s to resign from his post at the end of February.

But Julie Etchingham, presenter for ITV News, failed to make it to Rome in time for the ten o’clock bulletin after her connecting flight to Rome was delayed.

Landed in snowy Milan on dash to Roma #pope #benedict

@lukeitn hmmm at this rate I might make it to Rome by Thursday!

In the end, Mark Austin and Romilly Weeks presented the bulletin from London, while Europe correspondent James Mates provided a live update from the Vatican. 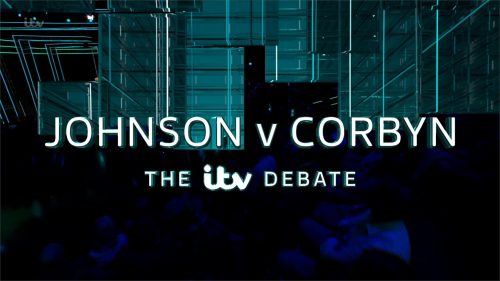 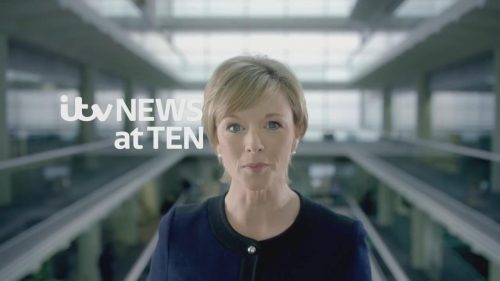 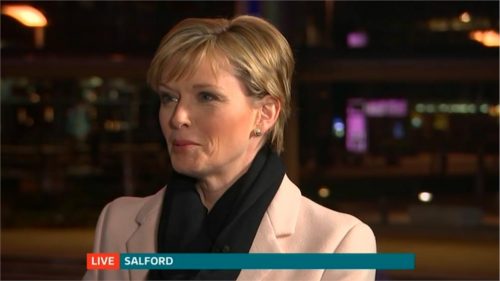 Video: What did moderator Julie Etchingham think of Leaders’ Debate?, and Mark congratulates

Video: hear what moderator Julie Etchingham thought of tonight’s Leaders’ Debate, and Mark congratulates Julie: “You did very well, I’m very proud of you” on News at Ten.