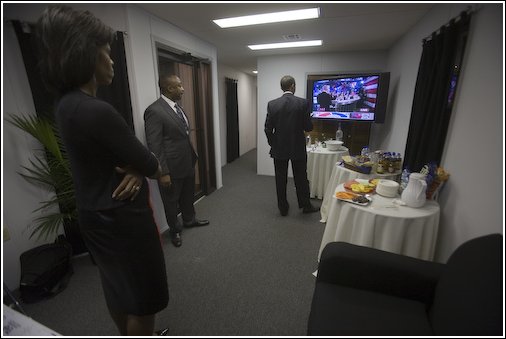 Photos on the Photo sharing website, Flickr, revels who Barack Obama was watching when he found out he’ll be the next president of the United States of America.

Two pictures show him watching NBC earlier in the evening, then later CNN.

Not into Fox News then ?