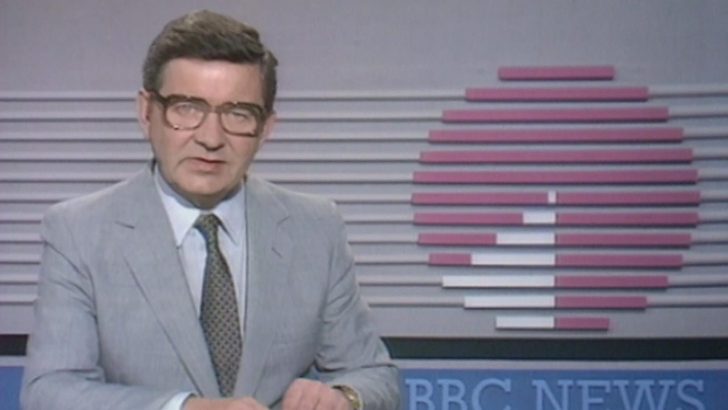 News presenter Richard Baker, who introduced the first TV news bulletin on the BBC in 1954, has died at the aged of 93.

The son of a plasterer, Baker was born in Willesden, North London, and educated at the former Kilburn Grammar School and at Peterhouse, Cambridge.

After graduation, he was an actor at Birmingham Rep and a teacher at Wilson’s School, Camberwell. He served in the Royal Naval Volunteer Reserve during World War II and was awarded the Royal Naval Reserve decoration.

Richard Baker, who has just died, was one of the finest newsreaders of modern times: highly intelligent, thoughtful, gentle, yet tough in defence of his principles.

He started at the BBC as an announcer, introducing the first BBC television news broadcast on 5 July 1954. He is also closely associated with classical music, and presented many music programmes on both television and radio, including, for many years, the annual live broadcast from the Last Night of the Proms. He was a regular panellist on the classical music quiz show Face the Music.

Baker made cameo appearances in three episodes of Monty Python’s Flying Circus and in the 1977 Morecambe and Wise Christmas Show. He also narrated Mary Mungo & Midge (1969), a children’s cartoon produced for the BBC, and Teddy Edward (1973), another children’s series, as well as Prokofiev’s composition for children Peter and the Wolf.

Remembering Richard Baker- THE newsreader for a generation of us – and a huge influence on me. #RIP

Baker died at the John Radcliffe Hospital in Oxford.

Sadly my father passed away this morning at the age of 93. Great broadcaster, great dad and grandfather. RIP. pic.twitter.com/N4AknFGFDU