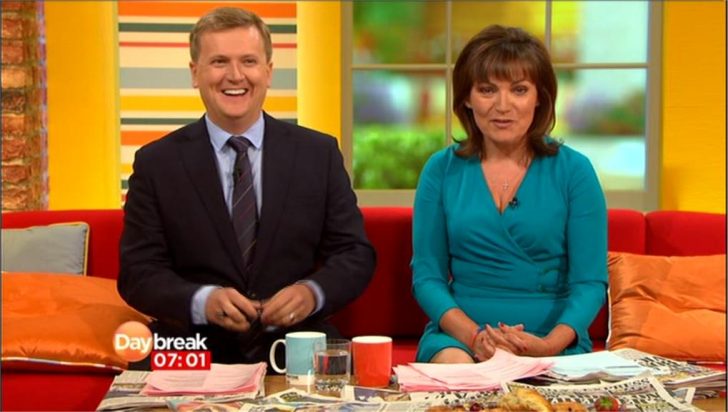 The final edition of ITV’s Daybreak airs this morning.

The programme will be replaced by a new breakfast show from Monday morning entitled ‘Good Morning Britain’. The show, which will continue to broadcast in the same timeslot as Daybreak (6am-8.30am), will be fronted by Susanna Reid, Ben Shephard, Charlotte Hawkins and Sean Fletcher.

Daybreak hit the airwaves on 6 September 2010 and was originally presented by Adrian Chiles and Christine Bleakley. The duo were sacked 14 months later and were replaced by Dan Lobb and Kate Garraway.

The show was given a revamp in late 2012, where Lorraine Kelly and Aled Jones took over the main presenting duties, and were joined by 5 News’ Matt Barbet and BBC North West’s Ranvir Singh.

Lorraine Kelly will return to her 8.30am show from next week, while Aled Jones will front a new programme on Saturday and Sunday mornings. Matt Barbet returns to Channel 5 News and will broadcast his first programme at 6.30pm on Monday evening.

This morning’s final show will take a look at Daybreak’s best moments and chat to Ben Shephard about what to expect from next week. Ben will also appear on Friday’s Loose Women to plug the new show.

Charlotte Hawkins and Susanna Reid will join Eamonn Holmes and Ruth Langsford on This Morning from 10.30am to also discuss the new show.