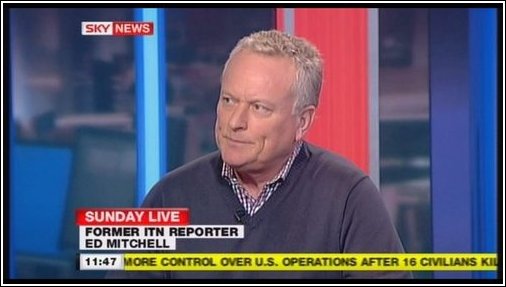 Former ITN presenter, Ed Mitchell was on Sky News’ Sunday Live programme with Colin Brazier this morning. He talked about his book, experiencing alcoholism and the recovery that was brought about by an ITV documentary called ‘Saving Ed Mitchell’ last year.

The book called ‘From Headlines to Hard Times’ is available now. (Amazon.co.uk)

He also said that a follow-up documentary will go out on ITV1 on Monday 26th January 2009, at 8pm.

ITV.com synopsis: The story of the former ITN newsreader’s attempt to beat alcoholism. After being discovered sleeping on a bench in Brighton in December 2007, Ed sought to stay dry and rebuild relationships with his friends and family. The documentary follows him as he attends rehab in the hope of turning his fortunes around.