Daybreak bosses are hoping to poach BBC Breakfast sports presenter, [[Chris Hollins]], in an attempt to boast ratings — according to The Sun. 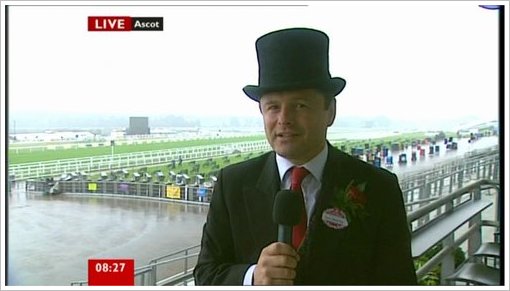 Daybreak currently gets around 800,000 viewer a day, while Breakfast gets almost double that rating.

A source told The Sun newspaper: “The feeling is that Adrian is the main issue as audience research keeps showing him up as being grumpy.

“Hollins is the complete opposite – perky, engaging and a big hit among the breakfast audience, which is mainly women.

“The bosses want him. They reckon he could have what it takes to help the show snare more viewers.”

Hollins recently said that he’ll quit BBC Breakfast when the show moves to Salford next year.