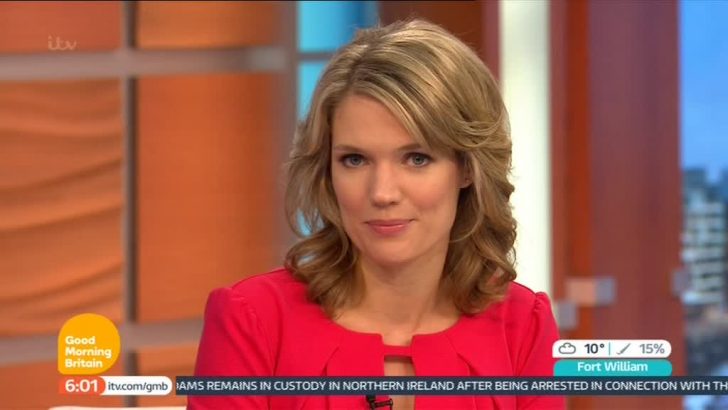 Charlotte Hawkins has revealed she is expecting her first child.

The Good Morning Britain presenter announced the news on this morning’s show, and is due in February 2015.

Charlotte said on Twitter: “I’m delighted to announce some breaking news of my own on @gmb this morning – I’m pregnant! Big thanks for all the lovely messages xx”

She married her boyfriend of five years, Mark Herbert, over the August bank holiday weekend in 2008.

@CharlotteHawkns @GMB Wow Charlotte – such happy news! Many congratulations to you and Mark xxxxx