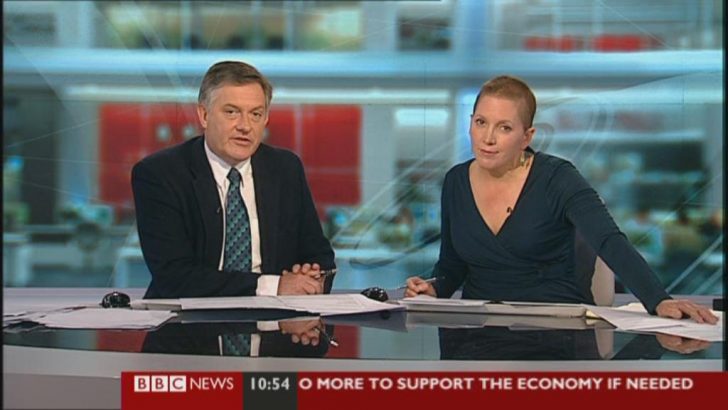 [[Carrie Gracie]] has returned to the BBC News Channel this morning after having treatment for cancer.

Carrie, who left the corporation last September, joined the BBC World Service in 1987 as a production trainee and served as Beijing reporter from 1991 until 1995.

She returned to the Beijing bureau in 1997 before returning to the UK in 1999, initially as a presenter on BBC World Service before becoming a presenter on the BBC News Channel.

“It’s good to be back and fantastic to see my friends and colleagues,” she said.

Her co-presenter Simon McCoy led the messages of support, saying: “A strong, brave, and inspirational woman. My friend and colleague Carrie Gracie.”

BBC Reporter Alison Moss said: “Great to see the McCoy/Gracie team back together. Welcome back Carrie!”

And her boss, Kevin Bakhurst, added: “Fabulous to have Carrie back.”