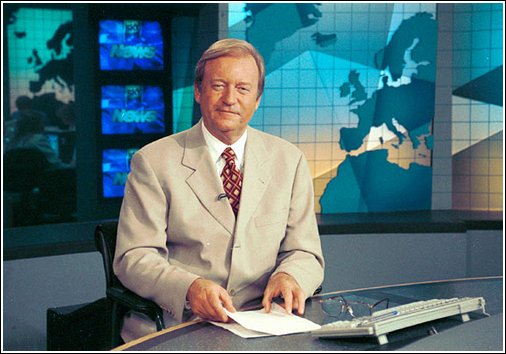 Former Sky News Presenter Bob Friend has died from Cancer at the aged of 70.

Bob’s former colleague, Anna Botting said “It is rare you meet someone who encapsulates all that is good in serious journalism with an extraordinary sense of humour.

“The combination made Bob Friend a distinctive TV personality who was both authoritative and a delight to watch.”

Bob left Sky News in October 2003, Shortly after he received an MBE for services to journalism.

Bob joined Sky News in 1989 and saw the channel grow in strength to win a number of industry accolades and growing its reputation to become the UK’s most successful 24-hour news channels. With his regular on-screen partner, Anna Botting the two became one of tv’s most popular news duos.

Head of Sky News, John Ryley said “Bob was Bob. what you saw off-screen was what you got on-screen.”

“It made absolutely no difference – whoever you were he would treat you in exactly the same way. He was a very humble guy and he had no airs and graces.”