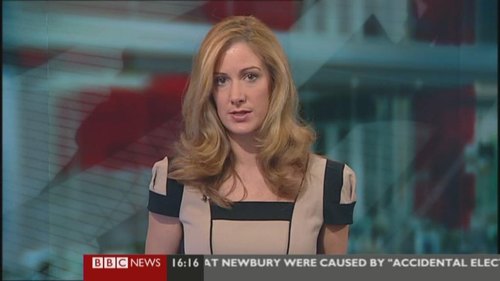 BBC News presenter Rachael Bland has revealed that she has “only got days” to live.

Writing on Twitter this afternoon, the 40-year-old, said: “In the words of the legendary Frank S – I’m afraid the time has come my friends. And suddenly.

“I’m told I’ve only got days. It’s very surreal. Thank you so much for all the support I’ve received. Debs and lozz will continue with the #youmebigc podcast. Au revoir my friends.”

Bland was told in May of this year that her cancer was incurable and said her hopes rested with a clinical trial. But two months on, a scan revealed her cancer had spread further.

Rachael has been with the BBC for over 15 years. After training as a broadcast journalist, she presented news bulletins on BBC Wiltshire.

She then moved to BBC Radio 5 Live, at first reading the news on Richard Bacon’s show. Bland started to present sports on television, as well as acting as a relief and weekend presenter on the BBC News Channel.

Since BBC Radio 5 Live moved to MediaCityUK, Salford Quays, in 2011, Bland has started to present on BBC North West Tonight as both a newsreader and as the main relief presenter.