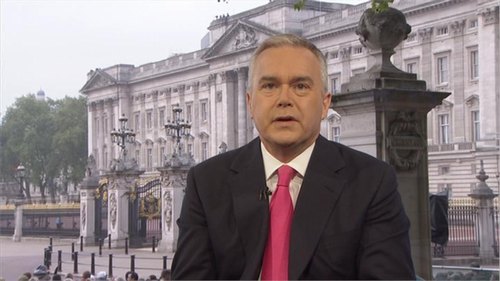 The BBC today announced their coverage plans for the Royal Wedding of HRH Price Harry and Meghan Markle.

On the morning of the wedding, Kirsty and Dermot will be based by the moat outside Windsor Castle, while Huw will be on the roof of the Guard Room within the walls of Windsor Castle. Both locations place the BBC at the very heart of proceedings with views of the Castle and the gathering crowds.

The three presenters will capture the build-up and anticipation of the ceremony and the atmosphere in Windsor as thousands arrive to get the best vantage point. Specially-invited guests will share memories of Prince Harry and Meghan Markle, and there will be insight and analysis from Royal and fashion experts.

Tina, Alex, Ore and Anita will be situated around Windsor to capture the stories, excitement and reactions of the day. They will chat to wedding guests as they enter the Chapel, meet some of those lucky enough to have a ticket and talk to people who have come to catch a glimpse of the bride and groom’s carriage procession.

The coverage, The Royal Wedding: Prince Harry and Meghan Markle, will air on BBC One and BBC One HD on Saturday 19 May from 9am-2pm. The live broadcast will also be shown on the BBC News Channel and streamed live on BBC iPlayer.

Later in the evening, BBC Two will look back on the day with live programme, The Royal Wedding: Highlights of the Day on Saturday 19 May from 6.30-8pm.

“BBC One will be at the very heart of the Royal Wedding coverage, bringing the nation together to share and celebrate this special occasion,” said Charlotte Moore, Director of BBC Content.

“It is a real honour for the BBC to be the host broadcaster for the ceremony and with such an exceptional line-up of presenters on BBC One it promises to be an exciting and memorable moment for everyone tuning in.”

In the week leading up to the wedding, BBC One Daytime series Royal Recipes will see presenter Michael Buerk and chefs Anna Haugh and Paul Ainsworth mark the forthcoming wedding by recreating Royal Wedding dishes past and present.

Plus, there’ll be another chance to watch Prince Harry and Megan Markle’s engagement interview with Mishal Husain on BBC One on Tuesday 8 May, 11.40pm-midnight, and on BBC iPlayer.

Harry and Meghan: The Interview
BBC One, Tuesday 8 May, 11.40pm-midnight

In this revealing interview given at Kensington Palace on the day their engagement was announced (27 November 2017), Prince Harry and Meghan Markle speak to the BBC’s Mishal Husain.

They share personal details of how their romance began with a blind date; the night Prince Harry proposed over roast chicken; the intimate details behind the design of the engagement ring; as well as Meghan Markle’s first experiences meeting members of the Royal Family.

Royal Recipes
BBC One, from Monday 14 May

Presenter Michael Buerk and chefs Anna Haugh and Paul Ainsworth will be marking the forthcoming wedding with a special series of Royal Recipes, which broadcasts on BBC One Daytime. As well as recreating Royal Wedding dishes past and present, the chefs will go behind the scenes at the Royal Windsor Horse Show in the run-up to the big day. The programme will explore the history of royal courtship and marriage, and Michael will hear from experts who help to put the finishing touches to a Royal Wedding.