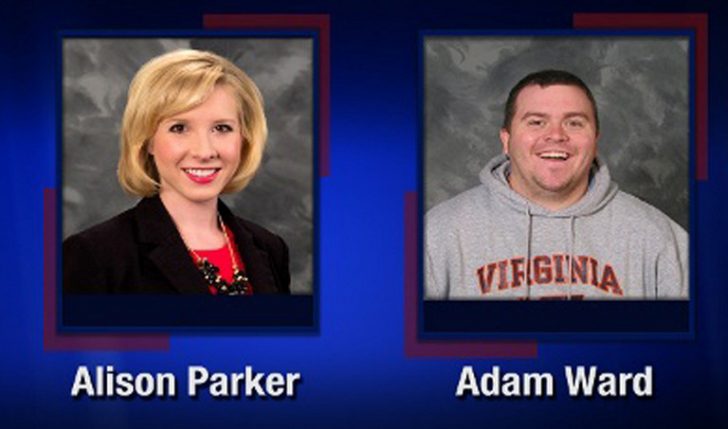 Two employees of CBS affiliate WDBJ7 were killed this morning in a gun attack at Bridgewater Plaza, Virgina.

It happened during a live broadcast around 6:45 a.m.

Police are looking for a suspect who apparently opened fire on WDBJ7 photographer Adam Ward and WDBJ7 reporter Alison Parker.

A third victim, who was being interviewed at the time of the shooting, was shot in the back and is in hospital.

Virginia Governor Terry McAuliffe said on radio the suspect is a former “disgruntled employee” of WDBJ.

He said the suspect’s arrest was “imminent” and police were chasing him on Interstate 64. “They are right behind him,” he said. “They have the licence plate.”

We didn't share this publicly, but @AParkerWDBJ7 and I were very much in love. We just moved in together. I am numb. pic.twitter.com/tUrHVwAXcN