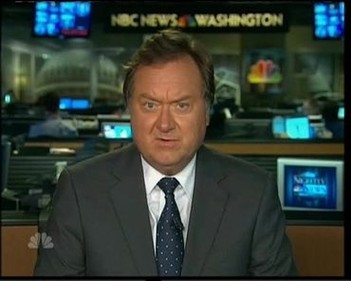 NBC’s Tim Russert has died at the age of 58.

Russert, NBC News’ Washington bureau chief and the moderator of “Meet the Press,” was recording voiceovers for Sunday’s “Meet the Press” broadcast when he collapsed. The network said. He had recently returned from Italy, where his family was celebrating the graduation of Russert’s son, Luke, from Boston College.

A Statement from Jeff Zucker, president and CEO of NBC Universal says “We are heartbroken at the sudden passing of Tim Russert. We have lost a beloved member of our NBC Universal family and the news world has lost one of its finest. The enormity of this loss cannot be overstated. More than a journalist, Tim was a remarkable family man. Our thoughts and prayers are with his wife, Maureen, their son, Luke, and Tim’s entire extended family.” 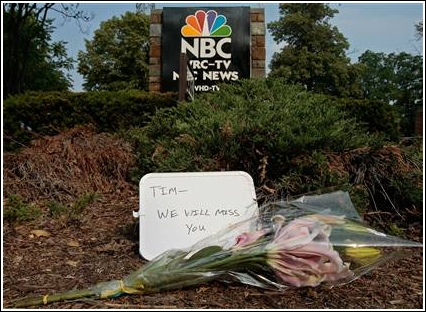 President Bush said: “Laura and I are deeply saddened by the sudden passing of Tim Russert. Those of us who knew and worked with Tim, his many friends, and the millions of Americans who loyally followed his career on the air will all miss him.

As the longest-serving host of the longest-running program in the history of television, he was an institution in both news and politics for more than two decades. Tim was a tough and hardworking newsman. He was always well-informed and thorough in his interviews. And he was as gregarious off the set as he was prepared on it.

Most important, Tim was a proud son and father, and Laura and I offer our deepest sympathies to his wife Maureen, his son Luke, and the entire Russert family. We will keep them in our prayers.”

Our thoughts are with Tim’s family and friends.