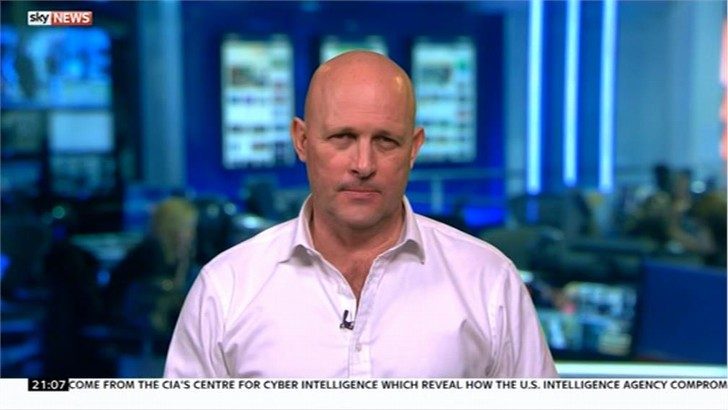 Sam – who joined Sky News from the Times newspaper in 2010 – will be based at CNN’s Middle East hub in Abu Dhabi.

“CNN is the world’s most watched news network with an unmatched presence on every major global story,” said Sam.

“I have grown up as a journalist alongside CNN teams from Somalia to Sarajevo and Mosul.

“I have always admired them and am proud to be joining my friends at the network at this exciting, and unpredictable, time.”

Kiley has more than three decades of journalistic experience.

After beginning his journalism career at the Johannesburg Star, Kiley returned to academia to study at Oxford University, before joining The Times (of London). There he went on to be the Sunday Times’ Los Angeles correspondent, The Times’ award-winning Africa Bureau Chief and then Middle East Bureau Chief.

Kiley has also written for The Economist, The Spectator and other internationally renowned publications. He is the only journalist to have spent an entire tour with British troops fighting in Helmand. “Desperate Glory”, his account of the tour, was an Economist Book of the Year.

In 2003 he began a long and equally successful career in TV journalism, working with the UK’s Channel Four, as well as the BBC and America’s PBS Frontline programme. Since 2010 he has worked with Sky News, firstly as the network’s Defence & Security Editor, then as Middle East Correspondent in Jerusalem, and latterly as Foreign Affairs Editor.

“He has a remarkable portfolio of achievements under his belt and will be a fantastic asset to our reporting across this region.”

CNN host Christiane Amanpour has revealed she has ovarian cancer. She told viewers that she recently had “successful major surgery” to remove the cancer and is currently undergoing chemotherapy. Ovarian cancer is the 18th-most common cancer overall, and the eighth-most…

CNN today announced a series of programme and correspondent changes. from April, Jake Tapper’s program The Lead with Jake Tapper will expand to 4-6 pm. ET nightly. In addition, he will continue in his role on Sunday mornings, now co-anchoring…