Roger Ailes, founder of Fox News, dies at the age of 77 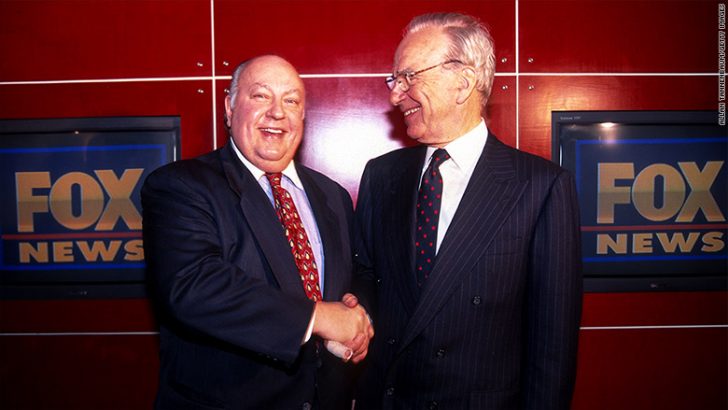 Roger Ailes – who built Fox News into a money-making ratings powerhouse – has died at the age of 77.

“I am profoundly sad and heartbroken to report that my husband, Roger Ailes, passed away this morning,” his wife, Elizabeth, said in a statement.

“Roger was a loving husband to me, to his son Zachary, and a loyal friend to many.

“He was also a patriot, profoundly grateful to live in a country that gave him so much opportunity to work hard, to rise — and to give back.”

There was no immediate information on a cause of death.

Ailes started Fox News in 1996. With its slogan “Fair & Balanced,” the network grew into the cable news ratings leader.

He was arguably the most powerful man in American media, but suddenly lost his job last summer when Gretchen Carlson, a former Fox anchor, sued him for sexual harassment, and other women came forward to support her claims. He denied any wrongdoing and Carlson settled a lawsuit for a reported $20 million.

In 2016, he was an adviser to the Donald Trump campaign, where he assisted with debate preparation.